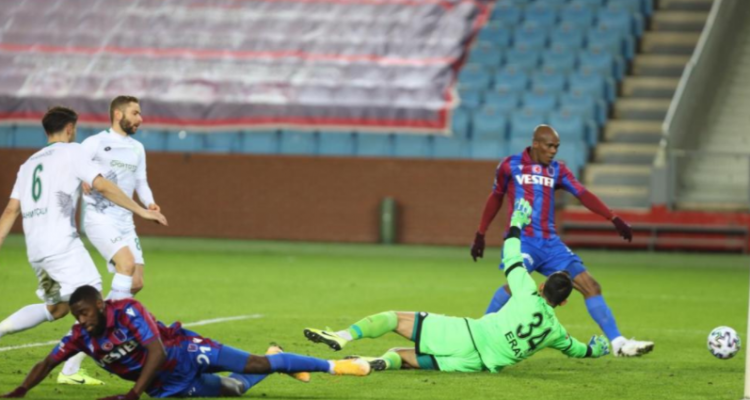 A Goal and Assist for Nwakaeme in Trabzonspor’s win

Nwakaeme has endured a torrid time in front of goal this season, but he was able to end his drought at the Şenol Güneş Stadium.

The Striker put Trabzonspor in front in the 21st minute, thanks to an assist from Serkan Asan.

He then turned provider his side’s second of the game in the 56th minutes as he played a delightful pass to Flavio for the goal.

The Nigerian has now netted five goals in 15 league appearances for Trabzonspor this season.

Meanwhile, Djamini Tavares scored the third, three minutes later, before Levan Shengelia scored a late consolation for the visitors in the 88th minute.

Trabzonspor remain seventh on the log with 30 points from 19 matches played so far. Brila sports