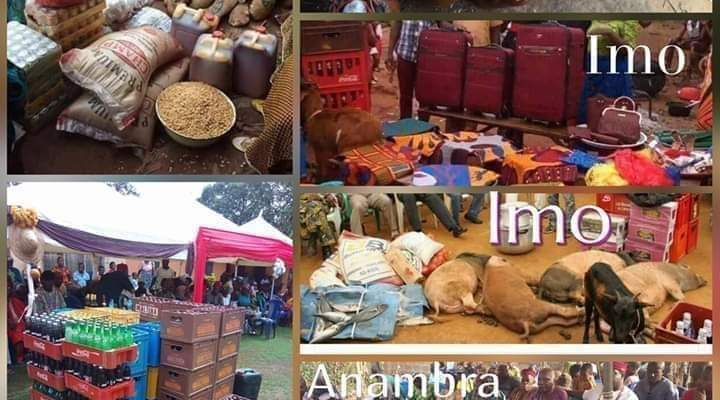 I have read several misconceptions on social media over the years that all parts of IMO State is expensive to Marry from. Even recently, a lady who is supposedly from IMO State made a viral video of how men from IMO don’t marry “them” (ladies from IMO State).

I write this article to clear the air about this generalisation about marriage in IMO State. I am a married man from Imo State and well travelled individual and take it from me when I tell you that NOT ALL parts of IMO State is expensive to marry from. Stop the ignorance and stop peddling lies.

Also, I noticed that most people mistake Bride Price to be the only money paid in traditional marriages, as you can hear one say, “IMO bride price na 1 Million Naira”, etc.

Bride price in an Igbo Traditional marriage is the agreed sum (by law, it is N50 but families can state the amount they want) paid by the groom or his family member to the family of the bride. This has both physical and spiritual implications as the authority over the bride is passed to the groom and his family via that sum and other rites performed during traditional marriages. Even if you, in a traditional marriage, kill 100 cows, give your inlaws both gold and diamonds but haven’t paid the bride price of a woman, YOU ARE NOT married. Most times, a family may charge, for example, N10,000 but will return a sum from it to the groom, while saying that they are not selling their daughter and other pieces of advice.


Apart from bride price, other items like goat, yams, snuff, kola, garden egg and so on are written on a MARRIAGE LIST usually given to the prospective groom, upon acceptance of marriage proposal and Introduction of both families of the groom and bride.

It is true that some parts are expensive to marry from but this article will focus on the largely unmentioned areas that you can marry from without spending an arm and leg.

I must state here that whatever items any part of the Imo State or any other place in Nigeria require as traditional marriage rites to give out their daughters’ hand in marriage is their prerogative.

Below are some of the areas in IMO State where you won’t spend an arm and leg to get married (traditionally):

I know that some villages/towns in these Local Government areas may be “expensive” to marry from but you can add other areas that you know are cheap to marry from.

This is a new year, find love, go for what you want. IMO ladies hardly abandon their husbands when things are tough (there are exceptions though), most are hardworking, Most are God fearing, they are the most beautiful, they HARDLY marry and remarry or engage in extramarital affairs, they are sociable, they are ambitious and so on.