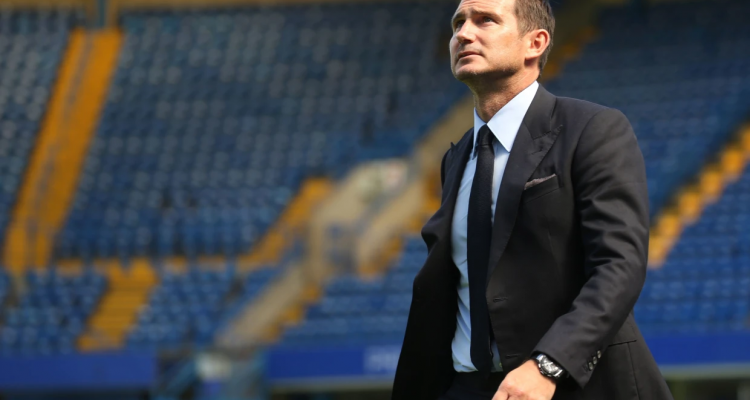 Chelsea have sacked manager Frank Lampard after 18 months in charge.

Former Chelsea midfielder Lampard, 42, leaves with the club ninth in the Premier League table after last week’s defeat at Leicester City, having won once in their past five league matches.

His final game in charge was Sunday’s 3-1 FA Cup fourth round win against Championship side Luton.

(Photo by ISABEL INFANTES/AFP via Getty Images)
Lampard was appointed on a three-year contract when he replaced Maurizio Sarri at Stamford Bridge in July 2019.

He guided them to fourth place and the FA Cup final in his first season in charge, but the Blues have now suffered as many defeats in their past eight league games as they had in their previous 23.

Lampard did not sign a single player during his first season as the club were operating under a transfer embargo, but spent more than £200m on seven major signings last summer, including £45m on Leicester’s Ben Chilwell and £71m on midfielder Kai Havertz from Bayer Leverkusen.

It is the most Chelsea have spent in one summer, eclipsing the £186m they invested at the start of the 2017-18 season.

Lampard is Chelsea’s all-time record scorer, with 211 goals for the club between 2001 and 2014, and is also joint-seventh on the list of England players with the most caps, having made 106 appearances for his country over 15 years from 1999.

During his 13 seasons as a player at Stamford Bridge, he made 648 appearances and won 11 major trophies – including four Premier League titles and the 2012 Champions League.

His first managerial posting was at Derby. In his one season in charge, they reached the Championship play-off final, where they lost to Aston Villa.

Lampard became the 10th full-time manager appointed by Roman Abramovich since the billionaire bought the club in 2003.