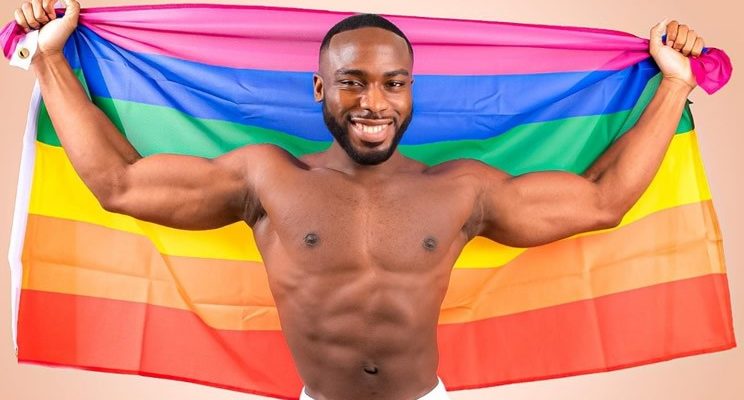 I Knew I Was Gay When I Was 10 Years Old – Doyin Okupe’s Son, Bolu Makes New Revelation

Bolu, the son of Doyin Okupe has spoken on his sexual orientation, revealing when he got he know he was gay.

Bolu Okupe, son of former presidential aide, Dr Doyin Okupe, speaks to AFEEZ HANAFI on his sexual orientation as a gay and his father’s remarks

Your dad, in two separate Facebook posts, expressed strong belief that you would reconsider your sexual orientation as a gay someday. What is your view on this?

Sexual orientation is not something that one can “reconsider”. This is the way I am and it is the way I have always been and will always be. I and many others in the LGBTQ (Lesbian, gay, bisexual, transgender and queer) community were born the way we are, many may not understand this but stop and think for a second, why would we intentionally choose this lifestyle when we know that we will be ridiculed and shamed by society? I do hope that one day we can, as Nigerians and Africans, get to the point where we love and accept each other regardless of things such as sexual orientation.

Your father equally said your sexual status is anti-Christ. How do you feel about it?

I will just say that I love and appreciate every one of my family members, my father inclusive, because if not for him, I definitely would not be able to live the life that I currently live. So, I will never utter anything disrespectful (to him) on any platform. With regard to homosexuality being anti-Christ, this is not incorrect, as many have pointed out to me. It is clearly forbidden in the Bible; however, I would like to also mention that there are a lot of things that are also forbidden in the Bible that many Christians partake in. So, it confuses me why people of the Christian religion feel like they can pick and choose what to be morally superior about.

Considering the fact that your father was part of the ex-President Goodluck Jonathan-led administration that passed anti-gay law in Nigeria, do you have any regrets?

I do not have any regrets about coming out. Whether people like it or not, it (the law) has started a discussion on this topic within the Nigerian atmosphere that was necessary. Being gay is not “Western” or “European.” There are many gay people in Nigeria, they just do not have the ability to openly live that way due to fear of criticism and judgments similar to the reactions that I received. I hope one day homosexuality can be decriminalised in Nigeria. However, I know that we have a long way to go before we get there.

Why did you choose to be gay?

At what point did it occur to you that you’re one?

From the age of 10 or 11 I knew I was different, and if you speak to more people in the LGBTQ community they will tell you the same thing, it starts around pre-puberty years. We would progress more as a society if we spoke more to each other and judged less. If people take time to have conversations with people of the LGBT community and understand their point of view and perspectives, you will realise that most of us are really not trying to harm anyone and there is no “agenda.” We simply just want to exist and be entitled to the same basic human rights as everyone else.

By being gay, does that mean you don’t want to have children?

I will have my own children and a beautiful family someday. There are many ways for gay men to have children such as In Vitro Fertilisation or even through adoption.

Do you think your orientation can change if you relocate to Nigeria where homosexuality is abhorred?

My orientation can never change. As I stated before, if I was still living in Nigeria I would likely be living the same way all the millions of gay men there live, in secrecy. What happens in Nigeria is that many gay men lead a double life and this is not a life that I want for myself. Our time on this earth is short and limited and you don’t want to waste it living a lie or pretending to be something that you are not. There are also many Nigerian women who are married to gay men and basically their whole lives and marriages are a complete sham. Some know, some don’t, but I would never be able to do that to another human.