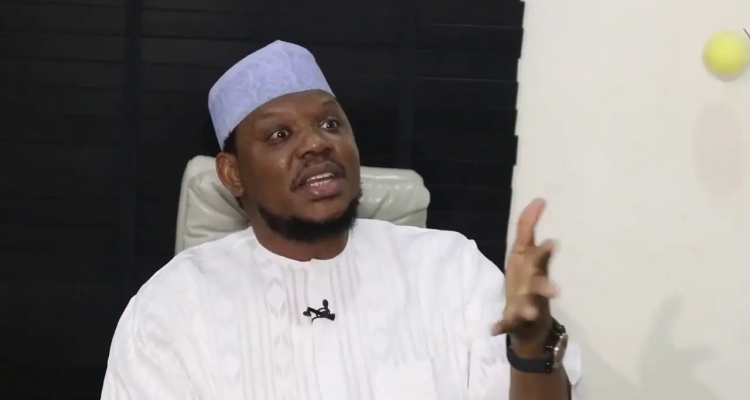 Adamu Garba, a former presidential aspirant has reacted to the ongoing rift between Sunday Igboho, his supporters and the Fulani residing in Igbangan, Oyo State.

DAILY POST had reported that the Yoruba activist, Sunday Igboho, made real his threat to expel the Fulani from Igangan in Oyo State.

Igboho disclosed that he acted on the request of traditional rulers.

Reacting, Garba in a tweet via his Twitter account on Monday, said even though he is a Fulani man, he was totally against the idea of allowing cows to roam the streets in 2021.

He further revealed that by law, land can only be used through rent or purchase, adding that government should step forward and resolve the dispute.

“I’m a Fulani man, but it actually doesn’t make sense for cows to be roaming the streets in 2021. Cows should be ranched on a land acquired or rented by the ranchers.Also, by law land can only be used through rent or purchase.

“I believe, to reconcile the raging herders crisis is to open proper communication where each knows the laws of the land. All lands in Nigeria, including forests belongs to some entity, FG, SGs, LGs, Company’s or individuals. Thus no land can be used without proper authorization.

“The problem of the Fulani herders is a betrayal from the city Fulanis, who decided, after moving to cities, acquiring wealth & power, but failed to carry the village brothers along, leaving them in a desperate situation.

“I would advise that the rich Fulanis should come together and acquire ranching lands while government step forward and dissolve this dispute.

“No state power can give land to anyone where the land is been identified with owners for generations, without purchasing or renting.

“Lastly, lack of proper communication to the herders in understanding the law of land use, by bringing the surrounding communities onboard isn’t good enough.

“It can as well be a breeding ground for conflicts and a very ripe situation for civil war. This must however be avoided AT ALL COST,” he said.