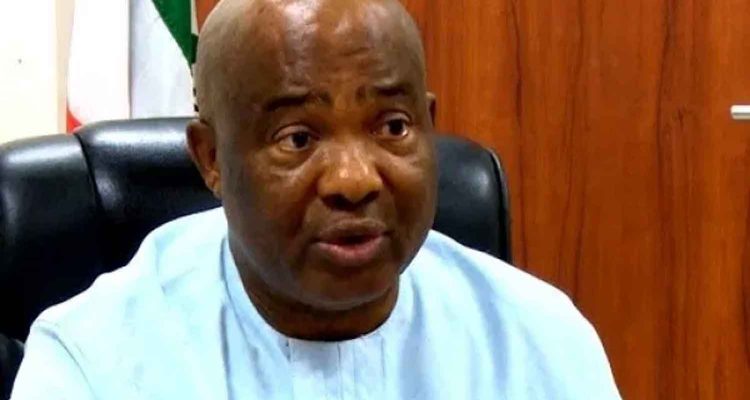 – HIS EXCELLENCY, CHIEF HOPE UZODINMA & HIS MEDIA HANDLERS SHOULD STOP THE BLAME GAME


The media reports, with the referenced caption, had come, following the events to mark Senator Hope Uzodinma’s one year in office, as the Executive governor of Imo State. The referenced Caption only summarized the honest verdict of Imo people on the government in Imo, for the one year under scrutiny.

But reacting to the low score given to Governor Uzodinma’s government by the well-meaning people of Imo State, one of his media assistants, Mr. Modestus Nwankpa, Special Assistant on Print Media (local), did not fault the low score on the governor’s performance, but told his interviewers that, “the governor has been busy correcting the anomalies meted to the State by the former governor, Rochas Okorocha”. This poor defence, using the name of Okorocha to explain away Imo people’s sincere verdict on the governor’s poor outing, is our interest or concern.

In other words, the Governor’s Media Assistant confirmed that Senator Uzodinma had failed in his first one year and also accepted the poor performance verdict passed on the administration by Imo people. And the only excuse he could give in the Circumstance, was the imaginary “anomalies meted to the State by Okorocha”, which he could not also explain or mention, to justify that callous and unintelligent defence.

The truth is that, if after one year, the governor’s handlers still brandish Okorocha’s name as their only defence for the government’s failure or ineptitude, then, something fundamental is obviously wrong with the administration.

Governor Hope Uzodinma and his media apostles should stop the blame game. The blame game should have been over after the celebration of his one hundred days in office. But it has continued, even after one year. Indicating that there is no light at the end of the tunnel. The governor and his media disciples ought to have known by now that blame game or passing the buck, has become “Old School”, belated or eccentric, with regard to administration.

In Celebrating his own one year in office, Okorocha did not blame those who had been governor before him, including His Excellencies, Chiefs Achike Udenwa and Ikedi Ohakim. He rather listed what he had done with the mandate given to him by Imo people under one Year. He didn’t pass the buck to his predecessors. But told Imo people what he had achieved in one year.

Okorocha introduced free education at all levels in the State in his first one year. Built 305 upstair building in each of the 305 wards in the State. Built the Owerri City Model College, made the students of Medicine at the Imo State University Teaching Hospital (IMSUTH) to graduate for the first time in twelve years. Increased the subvention of Imo State University from N57 million to N250 million. And other achievements too numerous to mention. All in one year.

If the governor had, before now, wanted any proof on how disdained or disenchanted Imo people have become about his government, that proof came on Tuesday, January 12, 2021,at the burial church service of Bishop Gregory Ochiagha, at the Holy Trinity Cathedral Orlu, with many Bishops, Priests and Nigerians from all walks of life, in attendance. At the service, the governor could not, while making his speech, as protocol demanded, recognize the former governor of the State, Senator Rochas Okorocha, who came to that burial from Port-Harcourt, Rivers State, where he had Commissioned some projects for Governor Nyesom Wike in the spirit of Nation building and conviviality.

But when the priest meant to introduce the dignitaries at the burial service introduced Senator Okorocha, after he had introduced some other people before him, the Cathedral went into ecstasy. There was ecstatically thunderous ovation that lasted for several minutes. Imo people used the opportunity offered to them by the burial service of Bishop Ochiagha to celebrate Okorocha who gave governance human face in Imo for eight years. That was enough message for the governor.

Imo people should not have been happy with the government, when the governor had demolished the Ultra-modern Somto hospital, the Akanu Ibiam tunnel, Six befitting roundabouts, removed superior street lights and destroyed other signature projects of Okorocha which he built with public funds, when the governor has not built any. You do not demolish existing projects or structures built with Imo people’s money when you have not built any and expect them to be happy with you.