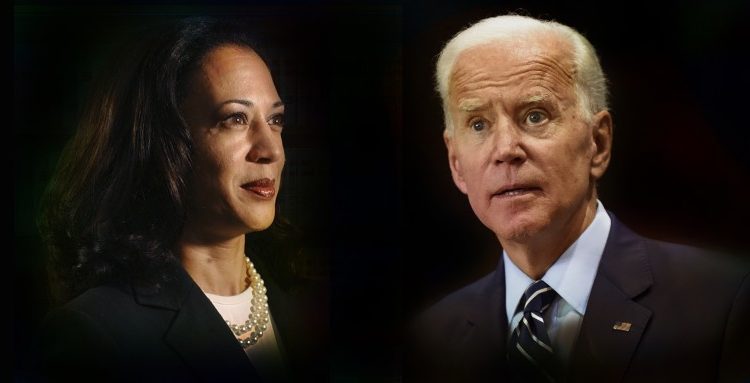 On January 20, President-elect Joe Biden will be sworn in as the 46th president of the United States.
When he takes his oath of office—which will be administered by Chief Justice John G. Roberts Jr.—he’ll use the 127-year-old, five-inch-thick Biden Family Bible.

On January 20, 2021, President-elect Joe Biden and Vice President-elect Kamala Harris will be sworn in as the next President and Vice President of the United States (respectively) in an inauguration ceremony that’s guaranteed to look unlike any other in American history. In light of the ongoing coronavirus pandemic and heightened security concerns, there won’t be hundreds of thousand of guests watching from grandstands at the Capitol or packed shoulder-to-shoulder on the National Mall. And there won’t be the celebratory inaugural parade down Pennsylvania Avenue.

But one tradition that will remain? When Joe Biden takes his oath as the 46th president of the United States, he’ll do so with one hand on a Bible—which will be particularly hard to miss. That’s because the former Vice President plans to use the Biden Family Bible—a five-inch-thick tome that dates back to 1893—which will be held by Dr. Jill Biden.

With that in mind, we’ve gathered everything you may have wondered about beloved family heirloom.

The tradition of using a Bible during a swearing-in ceremony goes back to the very first inauguration.

On April 30, 1789, George Washington took his oath of office as the first president of the United States, using a Bible borrowed from the oldest Masonic lodge in New York, St. John’s Masonic Lodge No. 1, which had been randomly opened to Genesis 49:13 (apparently due to “haste”), according to the Joint Congressional Committee on Inaugural Ceremonies.

Since then, nearly every president has taken their oath with one hand on a Bible—though, technically, there is no requirement for them to use a religious text (or, for that matter, any text at all) while doing so. Some of Washington’s successors (like Presidents Dwight D. Eisenhower and George H. W. Bush) used their own Bibles, while others picked Bibles that once belonged to other prominent presidents (for example, former President Barack Obama chose the Lincoln Bible for his 2009 inauguration, making him the first to do so since it was initially used in 1861). Most former presidents, though, used a volume with personal significance rather than historic significance, including Franklin D. Roosevelt (fun fact: he opened his family Bible to a different passage for each of his four presidential inaugurations), John F. Kennedy, and Jimmy Carter (who used both a family Bible and George Washington’s Bible).

Biden will follow in the footsteps of Roosevelt, Kennedy, and Carter, and use a (rather sizable) family Bible, he revealed on The Late Show with Stephen Colbert. “It’s just been a family heirloom on the Biden side of the family, and every important date is in there,” Biden said. “For example, every time I’ve been sworn in for anything, the date has been on that and is inscribed on the Bible.”

Biden has used the family Bible for every swearing-in ceremony since he was first elected to the United States Senate in 1973.

joe biden taking oath of office next to injured son
Joe Biden takes the oath of office at a Wilmington hospital in 1973, with his father-in-law and son Beau at his side.

The first time Biden appeared with his Family Bible was on January 5, 1973, when he was sworn in as a United States Senator from Delaware. At the time, his two sons—Beau and Hunter Biden—were still recovering from the car accident that claimed the lives of Biden’s first wife and daughter, so, in a rather unusual move, then Secretary of State Francis Valeo traveled to Wilmington to administer the oath from their hospital bedside.

Since then, Biden has used his family Bible for his six subsequent swearing-in ceremonies as a U.S. senator (according to the Chicago Tribune, the final one had to be delayed because he had trouble locating the Bible), as well as the two oaths of office he took as President Obama’s vice president in 2009 and 2013 (when Biden was sworn in by Supreme Court Justice Sonia Sotomayor).

Thirty-four years after his father was sworn in at his hospital bedside, Beau Biden also used the Biden Family Bible for his own swearing-in ceremony as Delaware’s attorney general in 2007.

Using the Biden Family Bible is just one way the President-elect will pay tribute to his late son—who died of brain cancer in 2015—during the 2021 Presidential Inauguration Ceremony. In addition, the New Radicals will reunite for the first time in 22 years to perform their song “You Get What You Give” during a virtual “Parade Across America” event. Biden revealed in his 2017 memoir, Promise Me, Dad: A Year of Hope, Hardship, and Purpose, that Beau listened to the song every morning while receiving treatment.