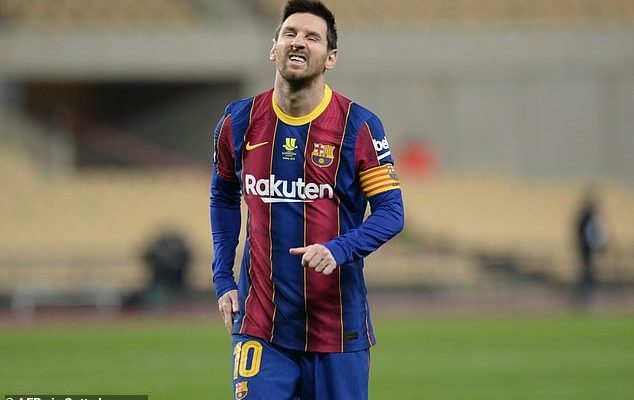 Lionel Messi’s £500,000-a-week wages ‘may prove too expensive even for super-rich PSG’ despite the Barcelona star being available for free this summer… but ‘could be feasible if superstar Kylian Mbappe departs’

may prove too expensive for even super-rich Paris Saint-Germain‘ if the Argentine star does move away from Barcelona this summer.

Messi, 33, would be available to sign on a free transfer because his contract expires at the end of June but his £500,000-a-week wages could prove prohibitive for potential suitors.

However, reports elsewhere suggest that a deal could become affordable if Kylian Mbappe leaves in the summer.

The Argentine star is likely to leave Barcelona in the summer when his contract expires.