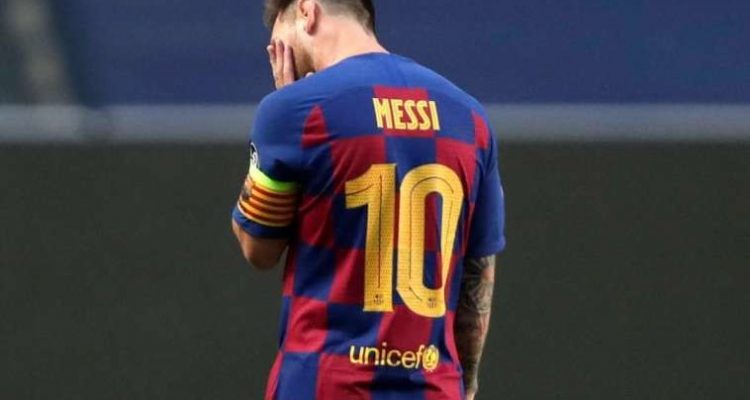 The Argentine playmaker was sent off as Barcelona were beaten 3-2 by Athletic Bilbao. It was Messi’s first red card for Barcelona and only the third of his career.

Referee Gil Manzano missed the incident initially but after a VAR review, he showed Messi a straight red card for violent conduct.

Messi now faces being suspended between four and 12 matches, depending on the way the Spanish FA review the incident.

If the six-time Ballon d’Or winner is deemed to have acted in an aggressive manner then he could face the maximum time out of action, The UK Sun reports.

Koeman backed his star man over the incident, saying Messi’s frustration at being repeatedly fouled throughout the game caused him the red card.

‘I can understand what Messi did,’ the Dutchman said after the match.

‘I don’t know how many times they fouled him, and it’s normal to react when they keep trying to foul you as a player who is looking to dribble with the ball, but I need to see it again properly.’