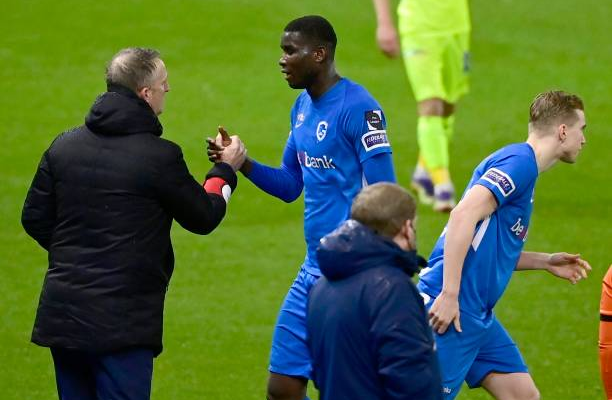 Paul Onuachu was on target again for KRC Genk in their Belgian Jupiler league game against Gent on Thursday.

It was Onuachu’s 20th league goal of the  campaign but it wasn’t enough to earn Genk the maximum points at home.

After failing to score in his previous two matches, the Nigerian Forward put his team ahead in the seventh minute after latching onto a pass from Theo Bongonda.

Genk were reduced to ten men, five minutes after going ahead as Carlos Cuesta was shown a straight red card.

The night went from bad to worse for the hosts, when on the half hour mark Onuachu picked an injury and subbed off for Kristian Thorstvedt.