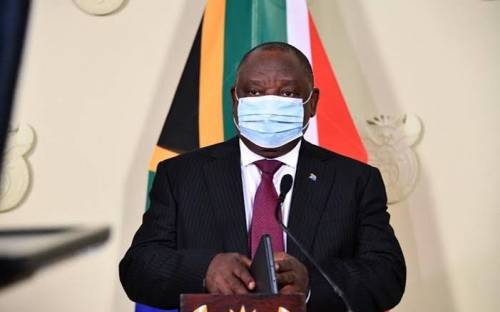 Nigeria is among the countries South Africa is looking to as it seeks to import skills and boost tourism in the wake of the economic crisis caused by the COVID-19 pandemic, President Cyril Ramaphosa said in his State of the Nation address on Thursday evening.

“The revised list of critical skills will be published for public comment by the Department of Home Affairs within one week to ensure that the final version reflects the skills needed by the economy,” the president added.

Over 150 Indian companies with a presence in South Africa have already contributed to skill development in a wide range of areas. Among the leaders in skill transfer has been the Tata Group and automotive manufacturer Mahindra, a report by moneycontrol.com stated stated.

In terms of tourism, India has evolved to become one of the countries with many tourists visiting South Africa.

Ramaphosa’s address also covered a wide range of issues that included the roll-out of a COVID-19 vaccination programme; growing international investor interest in South Africa; addressing the persistent shortage of electricity in the country; fighting crime, especially gender-based violence; and the establishment of a National Anti-Corruption Advisory Council which will report directly to Parliament.

“Defeating the COVID-19 pandemic is the top priority for South Africa,” he said.

The president gave details of the first phase of South Africa”s vaccination programme targeted at healthcare and other frontline workers.

“We will now use the Johnson & Johnson vaccine, which is effective against the 501Y.V2 variant. We have secured 9 million doses of the Johnson & Johnson vaccine,” Ramaphosa said, without referring to the controversy created by the announcement earlier in the week that a million doses of the AstraZeneca vaccine, which were delivered by the Serum Institute last week have been found to have limited efficacy.

These vaccines were to have started the phase one vaccination campaign this week.

“The health and safety of our people remain our paramount concern. We will continue to use the science-driven approach that has served us well since the earliest days of the pandemic,” the president asserted.