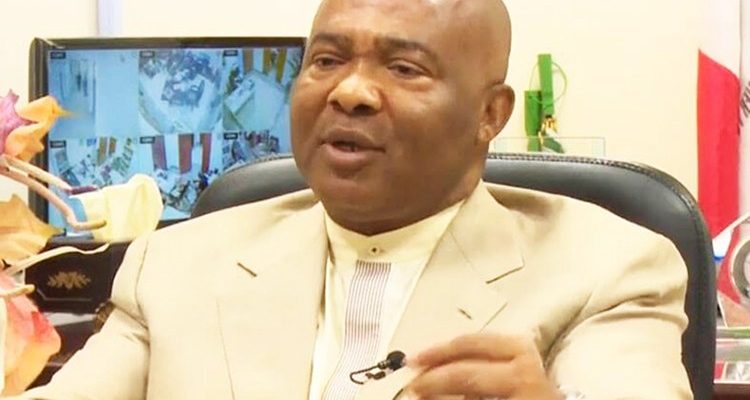 All three official vehicles belonging to Obowo, Isiala Mbano and Oru East local government areas of Imo State which were taken away by officials of the past government in those areas have been recovered.

The vehicles, brand new Ford Ranger SUVs, were assigned to the local government chairmen during the last administration as official vehicles.
When the government of Emeka Ihedioha was sacked in January 2020, some of the LGA chairmen made away with the official vehicles assigned to them, including  those of Obowo, Isiala Mbano and Oru East Councils.

Governor Hope Uzodinma has mandated one of his aides, Senior Adviser (Special Duties), Chief Regis Uwakwe to go after those in possession of the vehicles and recover them.

In July last year, Uwakwe put machineries in motion that led to the recovery of that of Obowo LGA from where it was parked in Asaba.
In the last week of December 2020, feelers emerged that the rest of the vehicles would be recovered as Uwakwe had succeeded in closing-in on those in their possession, some of who had escaped to far away United States.
During the week, a happy Uwakwe reported that the vehicles belonging to Isiala Mbano and Oru East Councils had been successfully recovered, and that their Interim Local Government Chairmen had taken possession of the vehicles.
Uwakwe said: “The IMC Chairman of Isiala Mbano, Mr. Chika Okoroike and that of Oru East, Mr. Nyerere Ogbonna have all confirmed the receipt of the Ford Ranger SUVs.”

Uwakwe thanked Governor Uzodimma for trusting in his capacity to recover the vehicles, saying it was wrong in the first place for government officials to bolt with official vehicles without authorisation.